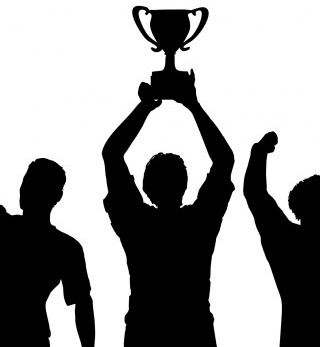 It’s amazing how good your mathematics skills improve when your team are involved in a title race.

I’ve been very lucky in my managerial time to have been involved in a few dramatic league run ins where we have either pushed the eventual league winners all the way or been the team being pushed. The mix of emotions and the feeling of eventually getting over the finish line as Champions is very hard to beat in football and is a great achievement for any amateur Manager.

As with every season I set targets for my team and give them something to aim for come the end of May. Winning the league isn’t always every teams target, and you probably have to be a bit realistic with what your squad are capable of achieving, but if you have a good group then I say go for it. Even though the long term target is the title the short term is always the next game and three points on the board.

It’s important to build a winning run early and set out your stall, however this has a tendency to be hampered come October/November time if your team are still involved in the national competitions. I’ve often found my team playing in the West and the Scottish on alternate weeks right up until Christmas and if you have any postponements or replays it can have a real danger of killing your domestic season. It could be January or February before you play another league game and this is why those first championship games in the season are so vital. Points on the board and a good run give you something to work with in the second half of the campaign.

At this stage of the season you will know who your league rivals are and what you have to do. The focus becomes a lot more intense. After your match on the Saturday you are straight onto Twitter to see how your rivals got on. There is nothing more frustrating than logging in to see that they haven’t posted their result. Does this mean they got beat? Do they not want us to see it? Are they too busy celebrating? Was their game on? All these things run through your head until you eventually find out. That can be a stressful couple of hours of your life, seriously. You also become a professional social media stalker, following your rivals personal pages. It wouldn’t be the first time I’ve went into a game knowing a teams top player was at an all day wedding on the Friday and didn’t get home until five o’clock on the Saturday morning. When you see his name in the 11 it gives you a lift before a ball is even kicked.

As you continue to win games you need the experienced players in your team keeping the younger boys grounded. Players who haven’t been in this situation before can sometimes get carried away before anything has been decided. The focus always has to be “nothing is won yet.” I’ve been lucky to have had some very good Captains in my time who have nipped any title talk in the bud before it really takes off. You simply cannot think about how your going to celebrate that league win before its won. As soon as one game is over you must only think about the next one. It can be really difficult when you find yourself in a position with so many games in hand too. You have pressure not only to make sure you fit these games into your season but also to win them all to keep up with the leading pack. Catch the team above you is the old mantra but it really works. Catch them and then catch the next team and so on until you reach the summit.

All that said though in the comfort of my own home I cannot help to think about how good another league campaign will feel if we were to win it. I’m sure the players do the exact same. I often sit for hours on end working out what we need to do to see us over the line. I will plot out how many points each team need to win it and also and rule out that if one team beats another then we only need nine points from five games etc. It can mess with your head and cause a few sleepless nights and to be honest it’s probably all pointless because it’s amateur football and absolutely anything can happen but it keeps me focused on the aim and the dream.

Once we are on a run I become obsessed with keeping everything the same and carrying out ridiculous superstitions. I phone the referee and opposition at the exact same time, on the same day for every home game. I write my list of players who are available in the exact same order in my notepad and I send my text out in that same order. I also wear the same kit to training and matches every week until we drop a point. It might sound crazy but if you have any other superstitions like me you will know exactly what I’m talking about. It’s unlucky to do anything differently when the league is in the balance.

Having gone through all of the above, there is nothing more crushing than to lose the league right at the end of a long and exhausting season. It’s a difficult one to deal with because as a Manager you probably feel it harder than the players yet it falls with you to try and pick the boys up and motivate them to come back and do it all again next season. Bill Shankly once famously said “football is not a matter of life and death…it’s more important than that.” How right he was. To go a full season with nothing to show for your efforts can break your heart. It can be a cruel game but it can also be the best feeling of your life…

One game to go, the title has gone to the wire. Your in pole position and playing third place. Your rivals are one point behind and play a team two from bottom. You have by far the toughest match of the two and your away from home. Your family have come to watch and you can see your kids on the touchline chasing after one of the spare balls. Everyone is expecting a performance from your players and cameras are all charged and ready to capture that trophy lift. It’s a cagey affair and you go in at the break with no score having done everything to get ahead. Everyone is tense and all the talk all season has been forgotten. Someone shouts over that your rivals are winning four nil against ten men. They are currently top. You can see some heads go down. This is the most important 45 minutes of your life. You tell the boys to give it everything they have, do it for each other, do it for yourself, do it for somebody, anybody.  You can sense the hunger from some of them and some others not so much after hearing the latest development so you look these guys direct in the eye and focus your words on them. These boys need a huge lift. You don’t want to let this go. You know they deserve it and that all the blood, sweat and tears hasn’t been for nothing. You send them back out and pray to God that someone has a bit of magic left in them to kill this game. One goal to win the league! That’s all we need, then….the final whistle blows.

Was it worth it?

Of course it was.

One thought on “The Title Race”